By JayC, 4 hours ago

Roy Fokker's VF-1S Valkyrie from Robotech arrives with an incredible retro look. This Robotech Shogun Warriors Roy Fokker's VF-1S Limited Edition 24-Inch Retro Action Figure features rolling wheels, shooting fist, and a gun-pod with firing missiles! Limited to only 500 pieces, this is one massive Robotech figure you won't want to miss! You can pre-order this from our sponsor Entertainment Earth. For those in the US you can gret FREE SHIPPING when you use the code HOLIDAYFREE22.

By Bespin refugee, 4 hours ago

Available for pre-order from our sponsor, Big Bad Toy Store $469.99 Estimated to arrive January 2023 Limited to just 100 sets, this signature edition set of four Tauntaun™ bust maquettes is part of Regal Robot's Star Wars™ Archive Collection, a continuation and expansion of their work creating authentic replicas with impeccable lineage. With hands-on access to the original film artifacts and high resolution 3D scanning, the team crafted these faithful recreations of the Phil Tippett concept sculptures used in the process of bringing the Tauntaun beasts to life for Star Wars: The Empire Strikes Back™. These incredibly unique creature sculptures were discovered among the original maquettes from the original trilogy film artifacts. This set gives a glimpse into “what could’ve been” showing early ideas of what the Tauntaun may have looked like. Several of the wildly unique designs even include asymmetry, showing two different possible looks within a single sculpt. The bust sizes range from 5″ to 6″ tall, including the wood display base. Each is cast in heavy polyurethane resin and is proudly 100% made in the U.S.A. Every replica in this edition is hand painted with staining to accent the beautiful sculptural details, making each a unique tribute to the artistry involved behind the scenes of our favorite films! Included with these amazing busts is a hand-numbered metal plaque signed by legendary FX artist Phil Tippett and each set is hand packed in a gloss white box. Order yours today! Other statues shown not included (sold separately) Product Features Each maquette is around 5 to 6 inches (12.7cm to 15.24cm) 1/1 Scale of original concept maquettes Cast in resin and made in the U.S.A Part of Regal Robot's Archive Collection Hand-numbered metal plaque signed by Tippet Limited to 100 pieces Box Contents 4 Tauntaun concept maquette replicas Metal plaque

While Wheeljack is m'boi, I was super stoked for Shattered Glass Slicer (and Exo-suit). Then the plot thickened with an SG Decepticon logo. While a mirror of each other the name game is more complex. It seems that they are two distinct characters. Also, I think these mold uses might be the best of these yet.

There are big Primes and small Primes. Today, we are looking at a small one that came with a big toy in the 2009 Transformers Revenge Of The Fallen Stratosphere Optimus Prime. This tiny 1:87 scale figure made to store in the Jet mode's cargo bay actually transforms. Shown here in robot mode and truck mode, this is one of the better micro Optimus Primes.

By JayC, 8 hours ago

Super7’s latest release brings back a classic confection in ReAction Figure form! This 3.75” articulated Mr. Bones ReAction Figure features the skeletal scamp in a patchwork of bright colors inspired by the vintage puzzle candy treat and comes with a tombstone accessory. You may not be able to eat this version of Mr. Bones but this ReAction Figure will definitely satisfy your hunger for nostalgia!

Preorder from our sponsors BigBadToyStore.com and Entertainment Earth after 3 PM EST!

Street Fighter Wave 2 has been teased from Jada Toys! This wave consists of Ken, M. Bison and Dhalsim They will reveal the full wave at L.A. Comic Con! Stay Tuned for more info!

Preorder from our sponsor Entertainment Earth!

Storm Collectibles today released a preview image for what appears to be a new Mortal Kombat Shao Kahn. When more details become available we will be sure to update you. 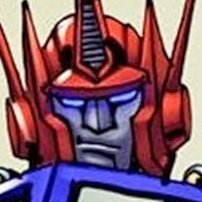 By ShartimusPrime, 14 hours ago

LET's SAY GO for the Hasbro Pulse Transformers Fanstream with Deathsaurus Color Reveal from the Hasbro team. Watch the video stream below for the live report, but we'll be updating this post with details as well.Make way for the Decepticon Emperor of Destruction! Gear up for a #TransformersTuesday #fanstream and join BMac and Evan as they talk all things DEATHSAURUS, including the reveal of the first painted model of the #HasLab itself.

On Monday, November 28, 2022 at 6 PM ET, we are checking out #Transformers: #Legacy #DeadEnd.ÃÂ  Dead End is a member of the Menasor combiner team, the Stunticons.ÃÂ  He is a pessimist with an ego.ÃÂ  With a positronic brain full of useless, depressing facts and a sense of self-worth that does not seem to compute, Dead End is a contradiction onto himself.

Mattel today held a Mega Powers launch event at Hulk Hogan's Beach shop in FL today where they showed off a number of new WWE figures. Check out a look at everything shown via Mattel's own Steve Ozer.

The Black Adam star Dwayne Johnson posted a Twitter video thanking everyone for the success of the Black Adam movie and talked about how he fought to get Henry Cavill back as Superman for a cameo appearance in the movie, despite Warner Bros. not initially keen on bringing back the actor.

The DC star revealed that the studio didn't want to bring Cavill back but Johnson was not going to take No for an answer.

“This has been years in the making regarding bringing Henry Cavill back and years of strategic conversations and we were not going to take no for an answer,” he added.  “There was no way, there’s no viable logical way that you can attempt to build out the DC Universe without the most powerful force and the greatest superhero of all time sitting on the sidelines. It’s impossible to do.”

Johnson continued, “It all comes back to where Superman you have to have Superman in the mix. So that’s why we fought hard to bring Superman back, Henry Cavill, and there was no other Superman, by the way, to bring back Henry Cavill is our generation Superman and in my opinion, the greatest Superman. And I mean that respectfully to the other actors, especially Christopher Reeve, but the greatest Superman of all time."

Hot Rod surprised me with how little kibble there is in robot mode. The foot transformation is exciting, with how it becomes the rear vents and spoiler in car mode, which is usually done with a panel. If you're a fan of The Last Knight and the Hot Rod design then I feel this is the figure you've been waiting for.