Getting the joes and passing on repaints. Outiside of the Joepro, Falcon is looking straight out of the Vietnam era. Wish they modernized him a bit more. As I said before, the second year Classified f

Mindbender was up for pre-order waaay back in like May, was available as in Store only as far as I remember, Serpentor just went up today I believe online, but was available for in store since like Su 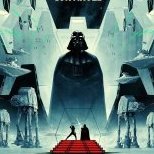 Forgot about the mouth cannon, love that. Added some blast effects that look real good with this set. The cannons are almost perfect for an OG Roadblock gun. Hopefully we have a way to get some o