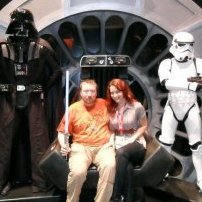 Ah, okay, I just went back and reread the details on the pulse and you’re right.  That makes more sense . I thought the way they said it it was like most early bird campaigns (like the Mattel Creation

This is proving wrong to many people in the forum and YouTubers...😀✌️