Want To Win A G.I. Joe Haslab Skystriker For Free???

We are so excited for the return of 3 3/4" O-Ring G.I. Joe figures and the newly announced Haslab G.I. Joe Skystriker project we have decided to buy one and give it away to one lucky reader. Being the

Then there's no need to say anything. Because comments like this, which aren't actually answers to the question "What does GI Joe mean to you?" just get deleted. Reminder to everyone: The only 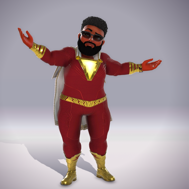 G.I.Joe was the first toy line I fell in love with. I mean I was into Star Wars and the action figures, I called them my men at the time, but admittedly, I didn't have a lot of toys from the line. Whe