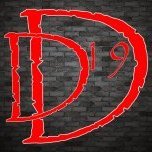 By DareDevil19,
March 15 in Toy Reviews