Yeah, you can easily cancel items from your pre-order. Im still collecting classics here and there so don't think I'll be getting into origins but it's awesome to see them now easily available fo 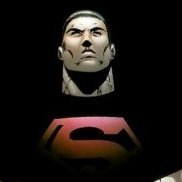