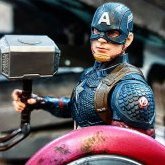 By NikolasMorningstar,
October 30, 2020 in Toy Photography