I'm pretty sure its true, now whether the license allows them to do stuff from the Netflix series or what kind of likeness rights with Henry Cavill might be involved, IDK. My guess would be this is ju

Im hearing rumors they might be slipping in a Mandarin Spawn figure into this line as well. 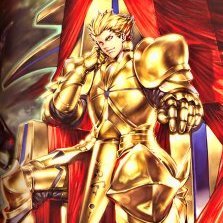 This looks amazing and I want it but why another Walmart exclusive? Only scalpers like exclusives. I hope we'll at least get 5 or 6 other figures to go with him. I'd love to get some of the monsters a