Hey no problem.  That's what we do.  Look out for each other to help our collections grow! 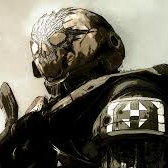 Seeing as I'm still holding a grudge against Mattel for killing my beloved 200X reboot, I'm going to turn my nose up at these and pass.  I don't see any point jumping in when figs I want will more tha

I will ask him and let you know asap!!!!