DC — Is Anyone Else Excited for McFarlane stuff? 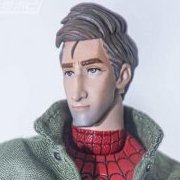