LOL, Spin Master...Really? You like to be disappointed don't you? As for Black Canary I am sure she will still get released either as a store exclusive for this wave or moved to another wave. 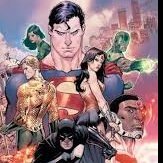 I’m not thrilled that they chose ninja Batman as the CnC figure. I didn’t watch the ninja Batman animated movie but, on a gut level, I had no interest in it. I love the figures in this wave but I wish

I wish they had kept Black Canary. I don’t have her yet in my collection. Especially if she had a classic look to her.