Takara TOMY Transformers designer Mitsuhito Ohno was in attendance for the Japan Toy Award 2022 Final Judging Committee to present the Transformers MPG Trainbot. As part of the presentation, Takara showed the rest of the Transformers MPG figures at the event TBA releases. Dengeki Hobby documented the event, the translated report with images are listed below. 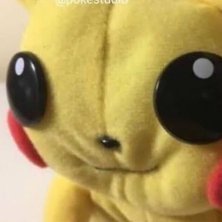 By TheLastClone, Wednesday at 05:58 AM

A Holographic Star Wars The Vintage Collection Custom 212th Attack Battalion Clone Jet Trooper in celebration of the upcoming show Kenobi! May the force be with you and have a wizardly day!

I am not entirely sure what to make of this strange section that temporarily appeared on the HasbroPulse website called the Selfie Section. From the looks of it, these appeared to be figures from Hasbro's various 6" lines (Star Wars Black Series, GIJoe Classified, Power Rangers Lightning Collection, Ghostbuster Plasma Collection and Marvel Legends) where you could have a headsculpt with your own likeness put on the figures. Each one was listed with a price of $60 each.

The section was discovered under a developer link on the site which was accessible via Google. Just do a Google search for Hasbro Selfie Series for it to come up. What's not clear is whether this is something Hasbro is actually planning on doing or if they were just testing out something on the website. The actual Selfie section now appears to have been removed but they had a number of figures listed for the various brands including some that even indicated they were going to be store exclusives to Best Buy and Walgreens. Each listing had a figure body with a generic headsculpt on it. I am not even sure how Hasbro could pull such a thing off which makes me lean towards this not being an actual product they plan to release, but who knows.

If or when more details become available we will be sure to update you here.

From Autobot dune buggy to Decepticon jet to Predacon scorpion, the name Sandstorm has seen a lot of use.

By GeeHangover, Wednesday at 03:03 AM

The G.I. Joe Classified line is killing it, but we don't have a Sgt. Slaughter yet and this  @Valaverse  Sgt Slaughter is the perfect fit for your classified shelf.

By GeeHangover, Wednesday at 02:59 AM

By GeeHangover, Wednesday at 02:56 AM

The Flash (Grant Gustin) gets blasted with a shockwave forcing his body to age prematurely. 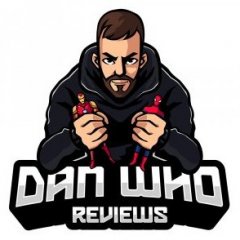 All a BUZZ: Legacy Buzzsaw

In this video I show you guys how I made my custom WFC G2 Hubcap. I'm also taking orders for the custom head if anyone.

It is so exciting to see BotCon is coming back in 2022. Today, we have the news from Simon Furman that he and Transformers Writer will be featured guests! The convention takes place in Nashville, Tennessee, August 25-28. Read on to see the full update and promo image. Check out the full event details at BotCon 2022The news is out! I'm headed to the U. 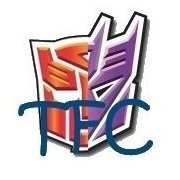 Thor has taken on a new role in the Marvel Cinematic Universe: the uncle that just won't let go of the 1980's!

Action Figures Based On Comedians Coming From The Nacelle Company

The first wave of pre-orders will be available on NacelleStore.com starting August 16th, in celebration of National Joke Day. In addition to Nacelle Company's online store, the figures will be available through hundreds of independent toy stores and other retailers worldwide. Also, as a first for the toy industry, each figure package will include a QR code that allows users to enjoy an exclusive previously unreleased track from that artist, which has been personally curated by the Rivers, Hicks and Bruce estates, respectfully.

The Nacelle Company's Legends of Laughter action figure line is an extension of their Comedy Dynamics brand, the award-winning stand-up comedy division in the Burbank based diversified media company. In the past few years, the Grammy winning production company has produced and distributed a bestselling Bill Hicks box set, as well as a bestselling Lenny Bruce Record Store Day vinyl, and the company is currently developing a Joan Rivers box set slated to release later in 2022.

This is it guys, where Yellow-Jackets begins!

This is the second of four figures in the wave that are being sold as Target store exclusives. When you get all four figures you will be able to assemble an adult Starro. The Build-a Adult Starro features wire in his arms for bendability.

Look for Superwoman to go up on Target's website soon.